Flying To The Philippines Without Going Through Manila

Most people think of Manila as the place to fly to when they want to go to the Philippines. The thing is, Manila is in the northern island of Luzon and would require connecting flights to the middle island of Visayas and the southern island mass of Mindanao. The schedules of these connecting flights are not necessarily convenient nor cheap and can be quite a headache for someone who wishes to go somewhere in the Philippines other than Manila and its environs. 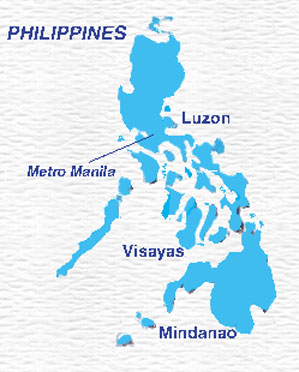 I come from the island of Mindanao myself and I’ve always wished for a more convenient way of getting there faster, i.e. without going through Manila. Long before AirAsia Philippines came into being, I already sent an email to AirAsia requesting for some flights from Malaysia direct to Cebu (in Visayas) and Davao or General Santos City (in Mindanao). When AirAsia Philippines was formed, I tweeted the same request, with a cc to the man himself, Mr. Tony Fernandes. All to no avail, to date.

Malaysia Airlines used to fly — on codeshare basis with Philippine Airlines — from KL to Cebu. But the schedule was horrible — flights were only on Thursdays and Sundays, which either forced one to have a very short trip to the Philippines or a very extended one. Those flights were always full so I’m quite surprised that Malaysia Airlines no longer flies that route.

The only viable alternative right now for people who wish to fly to Mindanao while bypassing Manila is SilkAir, a subsidiary of Singapore Airlines. They fly from Singapore to Davao (and the other way around) five times a week — Monday, Wednesday, Thursday, Saturday, and Sunday. Or in airline-speak: 1-34-67 (1 being Monday, 3 being Wednesday, and so on, with the numbers left blank being days when no such flights are available).

SilkAir fares are a bit on the expensive side but if you factor in the fact that you save on the internal flight — if, say, you intended to fly to Davao in the first place — and the time that you save, it can be quite worth it. The only hitch is that the Singapore-Davao flight departs at 9.05 am, so if you’re flying from KL (like me), you either have to fly to Singapore the night before on Singapore Airlines or take the 6.05am flight that very same morning on AirAsia. 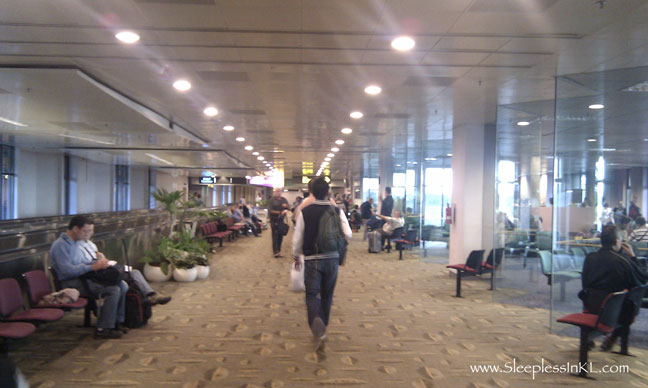 What do these two options mean? Flying on Singapore Airlines and SilkAir would mean being able to check through, i.e. check in all the way to Davao, given that both airlines belong to the same ‘family’. The downside is that such an itinerary would necessitate an overnight stay in Singapore. As for  the AirAsia and SilkAir combination, I had to find out the hard way how cumbersome it can be. First of all, AirAsia flights arrive at Terminal 1 in Singapore’s Changi Airport whereas SilkAir flights depart from Terminal 2. Ergo, one has to clear Immigration and Customs at Terminal 1, collect one’s luggage, take the aerotrain to Terminal 2, check-in for the SilkAir flight, go through Immigrations once again, and rush to the SilkAir flight which, as of this writing, happens to be at Gate 28 at the farthest end of Terminal 2. This is certainly not a good option for people who intend to travel with small children or the elderly…nor for people who plan to bring a lot of luggage because, while it is possible to purchase additional luggage allowance on AirAsia, SilkAir only allows 20kg per passenger.

I am pretty sure that I am not the only person in this world who wishes for direct flight alternatives to Mindanao (or Visayas). Until an airline makes the bold move of flying directly to Cebu, Davao or GenSan, I suppose I’m left with little choice but put up with SilkAir’s inconveniences just so I can bypass the hassles of going through Ninoy Aquino International Airport in Manila.

Posted under Travel and tagged with AirAsia, Philippines, SIlkAir
Comments (6)

6 Responses to Flying To The Philippines Without Going Through Manila