This is a long overdue post about an exclusive event that I somehow managed to get myself invited to on the 2nd of May 2011 — a concert entitled Simfoni Cinta (Symphony of Love), broadcast live from Studio 3 of MNCTV in Taman Mini Indah Indonesia. The 3-hour showcase featured various Indonesian artistes from Sony Music…and a very special guest — Lebanese-born rapper-turned-nasheed-singer Maher Zain.

Prior to the show, some lucky fans got to join Maher’s meet-the-fans session in the studio. Most brought CDs for him to autograph; someone brought a t-shirt; a creative guy brought along Maher’s portrait painted on canvas. 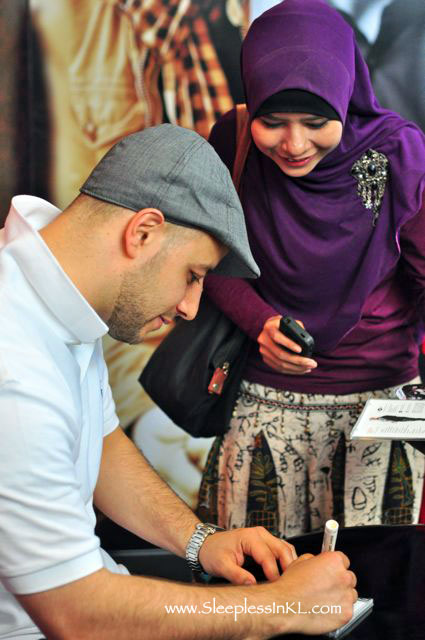 Despite his apparent fatigue (I saw him stifle a yawn discreetly), he remained gracious and accommodating to his fans, who all jumped at the chance to have their photo taken with him. Security personnel made sure no one spent too much time with Maher Zain at any given time. 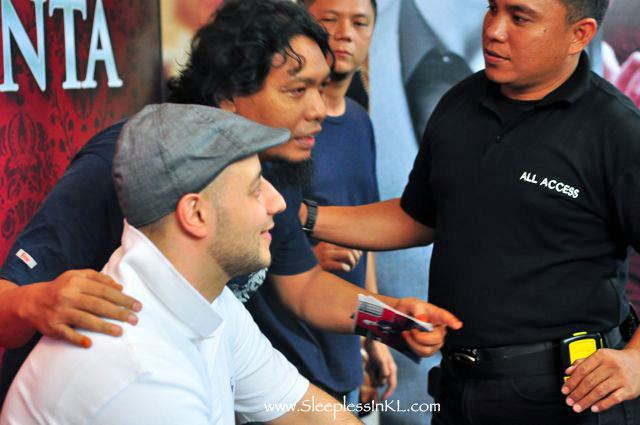 At some point, everyone was told to go into the studio and given instructions to have mobile phones set to silent, not to use flash when taking pictures, etc.

The show’s opening act was a rousing performance from Sheila On 7. It was the first time I’ve ever heard them and they wowed me with their vocals and their showmanship. (I blame my ‘ignorance’ to the fact that the TV at home is stuck between Nickelodeon, Disney Playhouse and Disney Channel 90% of the time; the rest of the time it is tuned to BBC, Al-Jazeera English, Bloomberg TV or CNN :P)

Other acts included Astrid, Terry, Vageton, and HijauDaun. And one more female artiste whose name I didn’t get. 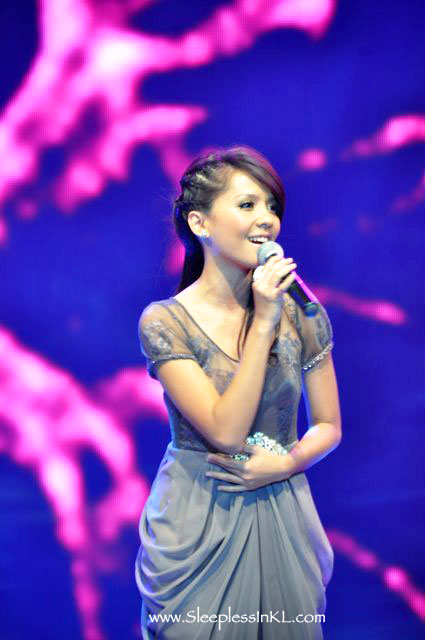 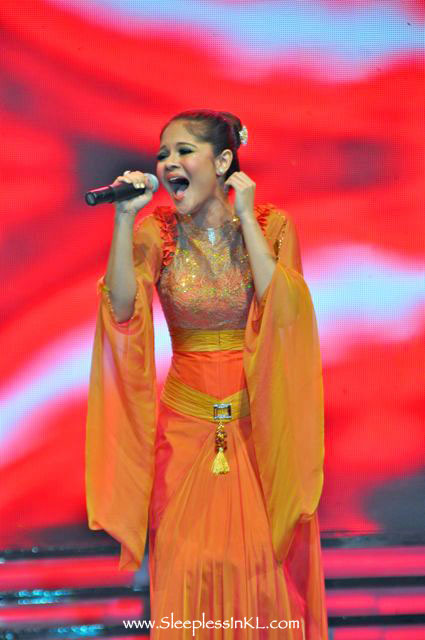 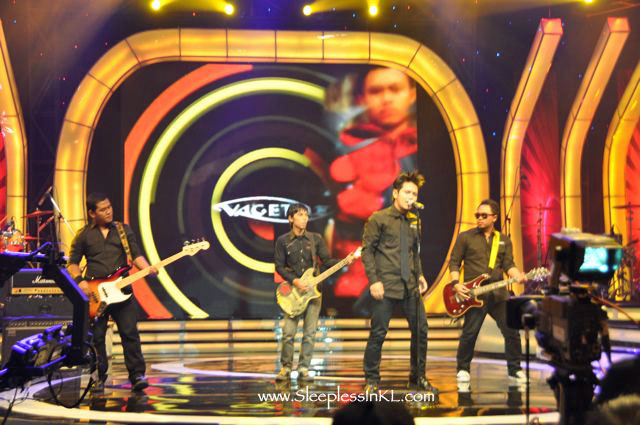 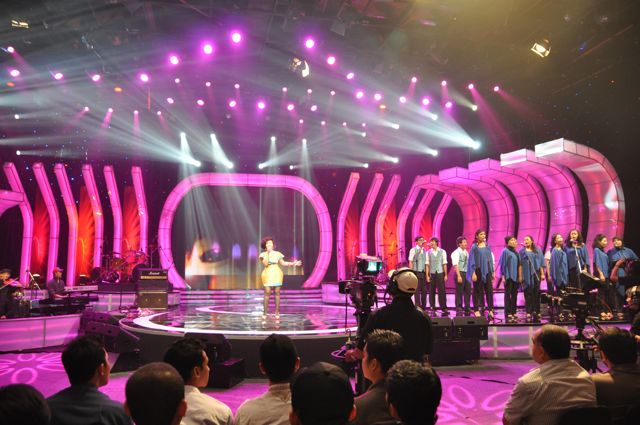 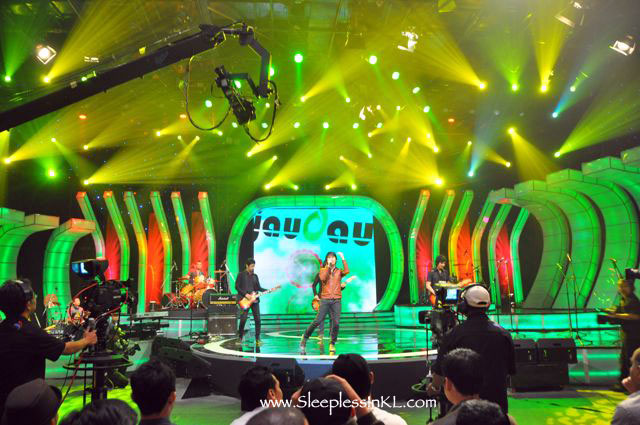 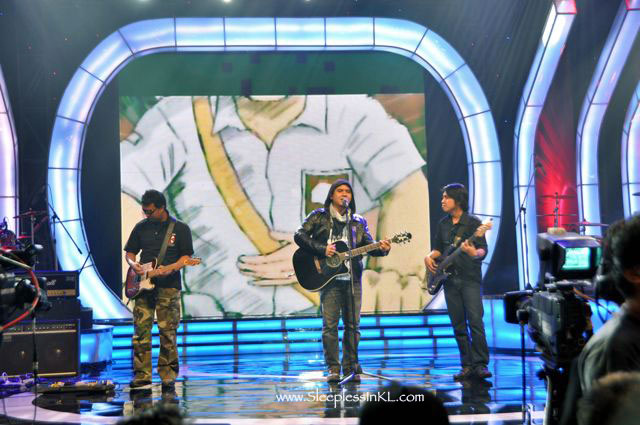 Again, I’ve never heard of any of these artistes (except for Padi) and had to rely on my seatmates to give me the lowdown on each one.

[Lemme sidetrack here a bit and say that this reminds me of a time when I was in a room full of Malaysian artistes and had no idea who was who. Later on, when I shared the pics with my colleagues, everyone was screaming and swooning over the Malaysian silver screen glitterati who were present in that function.]

In between the performances of the Indonesian artistes, Maher performed some songs from his debut album “Alhamdulillah” (Thanks Be To God”), including “Sepanjang Hidup”, the Indonesian version of “For The Rest Of My Life” , the song that he lovingly penned for his wife.

Maher also performed a duet with Fadly, the lead singer from the Indonesian band Padi — the song “InshaAllah” (God-Willing) which was a mixture of English and Bahasa Indonesia. [NB: InshaAllah is originally in English but also has French, Arabic, and Malay versions.] 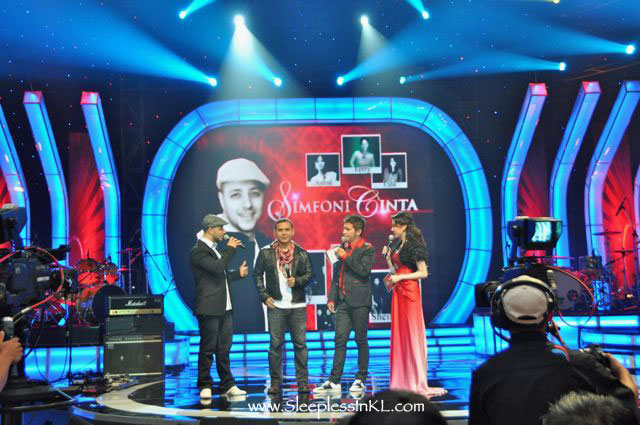 It was quite an odd sight for me — one minute, the crowd is rocking to the Indonesian bands’ most popular songs; the next minute, they’re singing Islamic songs along with Maher Zain. Even Terry herself briefly sat in the audience after her performance to watch Maher Zain perform, gladly acquiescing to fans who requested to have their pics taken with her inside the studio during commercial breaks. 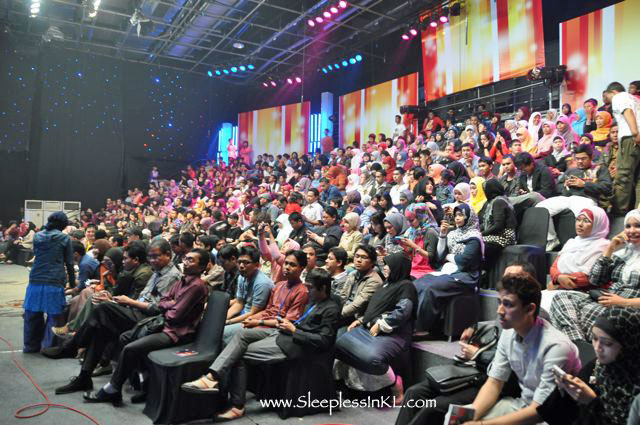 The finale was Maher’s performance of “Beautiful World”, with the lead singers from Sheila On 7, HijauDaun, Vageton and Padi doing the back-up vocals. 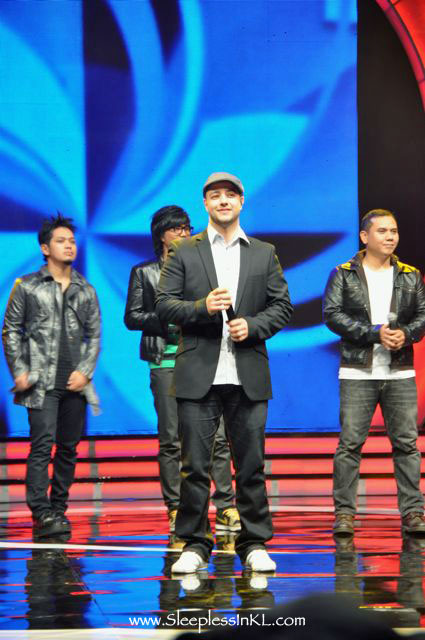 As if it wasn’t awesome enough to get the chance to be a part of the studio audience, what made the night really special was my chance to meet Maher and his entourage after the show at the lobby of the hotel where they stayed in! It was a very brief encounter with the rising star but it was long enough for me to see how humble and soft-spoken Maher is as a person.

And if you are a fan of his on FaceBook, I’ve got some news for you — I’ve seen him type something on a MacBook Air at about the same time an update was posted on his FaceBook page. (Circumstantial evidence that he updates his FaceBook account personally from time to time??)

Here is a photo of Maher Zain with a young fan who came with his family to see him post-concert at his hotel. One of his managers is holding on to Maher’s Macbook while Maher has his photo taken with the young Indonesian fan. 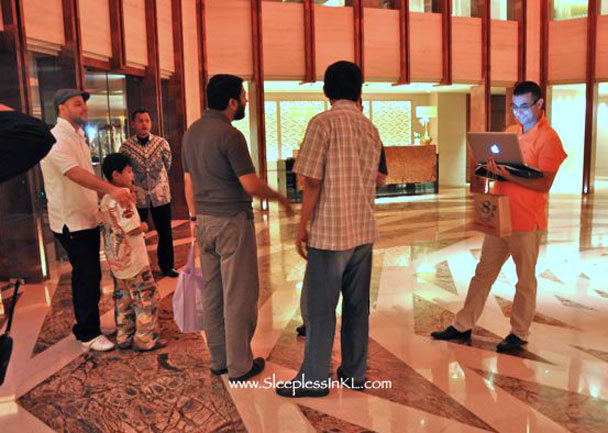 Maher Zain is currently working on his second album and — good news to all my Indonesian readers — he is slated to perform before the end of this year in Jakarta, Surabaya and Bandung.