Dubai & Muscat In The Blink Of An Eye

If you’ve been following me on Twitter, you’d have already known about my whirlwind trip to Dubai, United Arab Emirates and Muscat, Oman two weeks ago.

It was one of my most hectic business trips so far. To give you an idea of how tiring it was, we flew from KL 10.30pm on Saturday, arrived Muscat 1am (5am KL time), transit for 4 hours, connecting flight to Dubai at 5am (9am KL time), arrived Dubai 5.50am, collected visa, did iris scan, collected luggage, off to hotel for shower/change/breakfast, then off to Dubai World Trade Centre where I stayed until 7pm (11am KL time). And I only had about 4 hours sleep in the plane within that 24-hour period. Which ended up in me getting sick later on. Which is an entirely different story altogether.

Anyway, we were in Dubai for 2 nights, then flew to Muscat for a one-night visit, then flew back to KL. Madness, I tell you. Sheer madness! 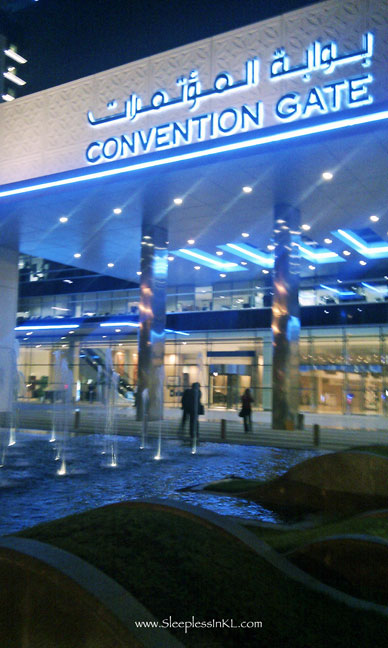 Since I already knew how hectic the schedule would be, I deliberately left my beloved Nikon D90 at home and had to rely on my HTC Desire smartphone’s camera instead. So please forgive me if the images for this post are not up to the usual standards. There wasn’t much to shoot anyway, with all the rushing and running around.

My fave images from the trip? The food, of course, savoured over a leisurely afternoon in Muscat with long-time friends, one of whom was the beautiful creature whose wedding I wrote about in my post ‘An Omani Wedding’ not too long ago. She just gave birth to a baby girl last July. Talk about time flying!

Pomegranate from Jabal Akhdar (Green Mountain) of Oman, eaten by the bowlful: 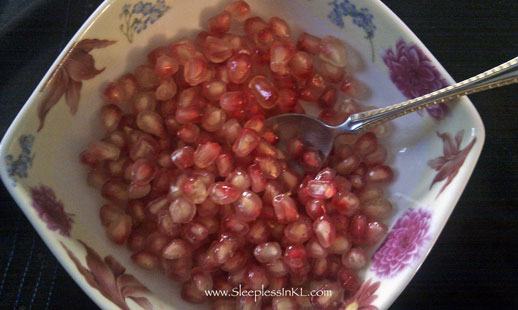 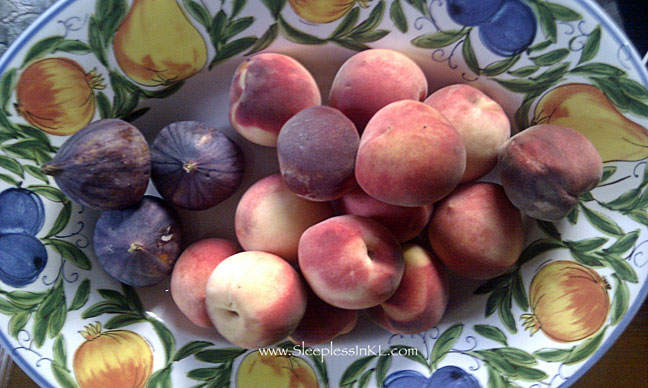 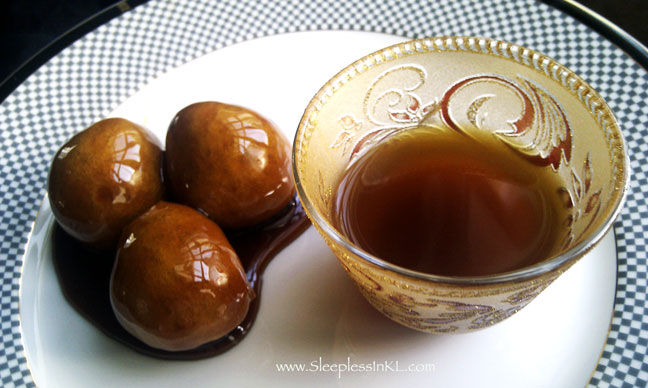 ‘Til we meet again, Dubai and Muscat!

3 Responses to Dubai & Muscat In The Blink Of An Eye