“The only thing that is constant is change.” – Heraclitus

It’s hard to believe it’s now August 2018 and my last post was eight months ago. I could have easily had a baby within that period haha! But, for the record, I didn’t :P

So many things have changed. I’ve had a career change. I started baking — as in, people pay me to make cakes for them (will write a separate post on my baking journey later!). The twins are now in secondary school (that’s high school for my American friends). Little Dragon is now in preschool. Even Malaysia has changed. For the first time in 60 years, the ruling party was ousted in the 14th General Elections and former Prime Minister Tun Mahathir Muhammad is…well…Prime Minister again. 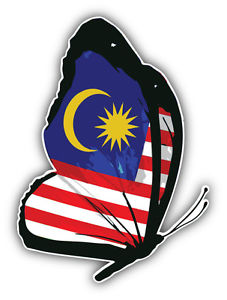 My husband was fascinated at the fervour I showed over the changes in the Malaysian political scene, spending almost every waking hour checking from updates on Twitter starting around the night when votes were being counted. I told him it’s because the events that unfolded reminded me so much of the Philippines’ own peaceful People Power revolution. I told him I’ve known what life was like under a dictator who plundered a country, leaving it destitute.

What I forgot to tell him is that part of watching Malaysia metamorphose from an unknown country in the early nineties to what it is today. When I first came to KL in 1993, I spent an inordinate amount of time chatting on IRC and it always peeved me how most people had no idea where or what Malaysia was. I ended up with a pre-composed answer that I could copy and paste — something along the lines of “Malaysia is a country in Southeast Asia, located between  Thailand and Singapore.” I’ve seen Petronas Twin Towers and SMART Tunnel being constructed…and, it goes without saying, suffered through the traffic ordeal that came with all the digging and building. I was baffled at the outrageous sodomy allegations against Dato Seri Anwar Ibrahim…and found myself in a spot when my then little girl asked me innocently, as she stared at anti-Anwar posters under a flyover “Mama, what does liwat mean?” I’ve seen the Malaysian economy rise and fall then rise again and eventually just spiral downwards, making me wonder if I made a monumental mistake migrating to Malaysia. (Later on, I found out that my mom wondered the same thing and was even contemplating on moving back to the Philippines.) But, praise be to God, I also saw change and now, I feel more hopeful about the future of my children.

So yeah, life’s good despite and because of all the changes.